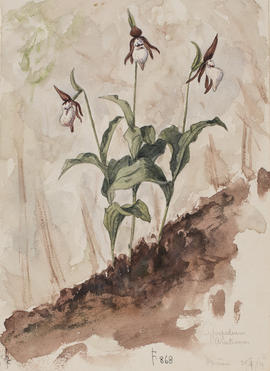 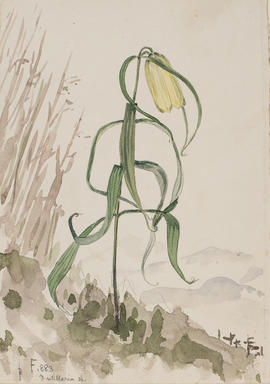 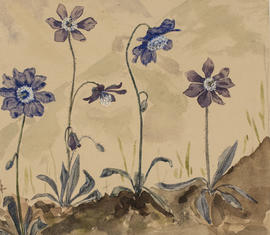 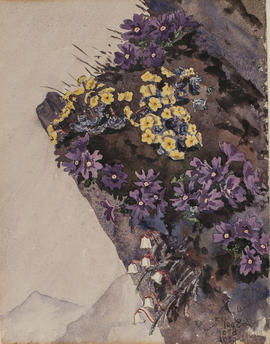 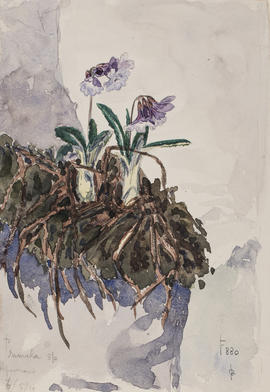 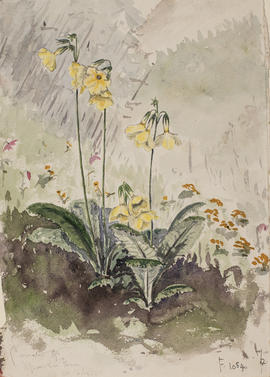 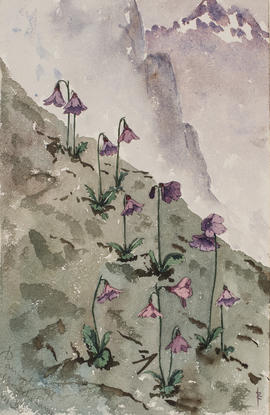 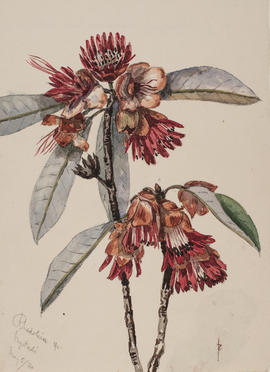 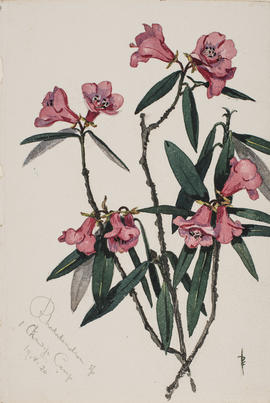 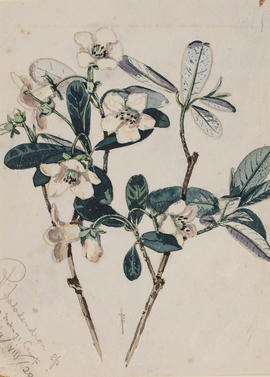 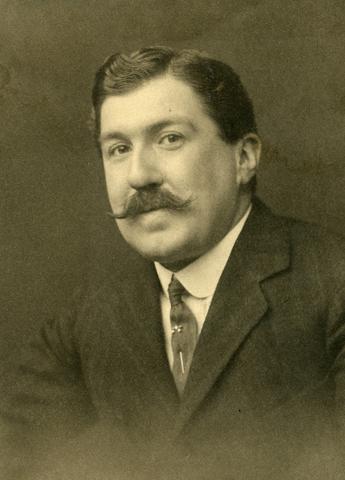 Farrer was born with a cleft palate and hare lip, the operation scars to correct this he later covered up with a thick moustache. Having to endure many childhood operations he was educated at home and also at Newnham Rectory. Spending much time by himself, Farrer enjoyed studying the flora in the hills surrounding his family's Yorkshire estate, Ingleborough in Clapham, which his father inherited in 1889. At the age of fourteen, Farrer redesigned its alpine garden.

In 1898 he attended Balliol College in Oxford, graduating in 1902. While there he helped H.J. Bidder construct the popular rock garden at St John's College.

Family holidays were often spent in Europe, but in 1903 Farrer went on his first long journey to Beijing / Peking, briefly visiting Korea before spending around 8 months in Japan. His first book, "The Garden of Asia" (1904) describes this stay. At this time, Farrer's plant and gardening interests were overtaken by his ambition to become a novelist, poet and playwright. Unfortunately, most of this work was not well regarded and is now forgotten.

In 1907 "My Rock Garden" was published which turned out to be his most popular and influential work, and was followed by "Alpines and Bog Plants" in 1908. Also in 1908, he and his friend Aubrey Herbert travelled to Ceylon, where Farrer became a Buddhist, publishing "In Old Ceylon" on his return.

Farrer then tried his hand at politics, and although being elected a Yorkshire County councillor, he lost a parliamentary contest at Ashford in Kent in 1910. He apparently spent much of the £1000 election expenses given to him by his father on orchids.

Farrer's European travels continued throughout 1903-1913, often travelling with fellow gardeners such as Edward Augustus Bowles to places like the Dolomites and the Maritime Alps, resulting in further books such as "Among the Hills" in 1911 and "The Dolomites" in 1913. By this time Farrer had set up the Craven Nursery Company (and Plant Club) in his home village of Clapham which won various awards, mainly from the Royal Horticultural Society.

In April 1914, Farrer and William Purdom, a gardener and plant collector trained at Kew, travelled to Kansu (Gansu), in north-west China, to spend two years collecting plant specimens and seeds - a brave achievement as the area was notoriously lawless at the time with Farrer having to avoid bandits such as the infamous "White Wolf". More books followed on his return, "On the Eaves of the World" in two volumes in 1917, and "The Rainbow Bridge", published posthumously in 1921.

Farrer was back in England by the spring of 1916 and being declared unfit for war service he instead joined John Buchan's Ministry of Information until it was dissolved in 1918. Farrer's work here was ultimately published in "The Void of War" (1918).

In 1919, "The English Rock Garden" was published in two volumes and Farrer embarked upon his second plant collecting expedition, this time to Upper Burma accompanied by Euan H.M. Cox. Based at Hpimaw, Farrer explored the surrounding mountains, collected and painted plants and wrote many articles for the "Gardener's Chronicle". Unfortunately, few of the plants they discovered proved suitable for cultivation in Britain, and despite going to great lengths to avoid other plant collectors working in the area, Farrer had encounters with George Forrest's collectors and with Frank Kingdon Ward. When you are evaluated by how many new and profitable plants you could introduce, this was all bad news for Farrer.

After a year, Cox returned home, and in 1920, Farrer continued on to Nyitadi, where after spending months alone with his local collectors / assistants, he became ill and died, probably of diphtheria, on the 17th October. He was buried six days later at Kawngglanghpu. His family were able to arrange for a headstone reading “He died for love and duty in search of rare plants". He was unmarried.

Farrer's flamboyant writing style irritated some of his more 'serious' colleagues, and today he is known more for his colourful descriptions rather than his plant knowledge. He was awarded the Gill memorial by the Royal Geographical Society in 1920 and is commemorated in a nature trail in the Yorkshire Dales National Park which passes some of Farrer's own plants. His herbarium specimens, notable for the expressive detail of his field notes are at the Royal Botanic Garden Edinburgh, as are a notable proportion of his archives.

Much of the above information was gleaned from Basil Morgan's entry on Farrer in the <emph render="italic">'Oxford Dictionary of National Biography'</emph>, volume 19, 2004, pp123-4.

The collection is split into 5 different origins / provenances.
The first comprises material from the Royal Botanic Garden Archives including two boxes of correspondence between Farrer and RBGE's Regius Keeper Sir Isaac Bayley Balfour and a photograph album.
The second consists of the Farrer Family Collection which was donated to the Royal Botanic Garden Edinburgh by Farrer's family in 2005; this collection consists mainly of Farrer's correspondence, photographic material, paintings and literature.
The third consists of five photographic albums by Reginald Farrer and William Purdom and is at the Royal Botanic Garden Edinburgh on loan from the Lakeland Horticultural Society.
The fourth is a set of correspondence between Reginald Farrer and Ernest Gye and was purchased at auction by RBGE in 2008.
The fifth is a set of correspondence between Reginald Farrer and Lady Celia Brunel Noble and was donated to the RBGE Archives in 2017.

Collection Open for consultation by making an appointment with the Archivist.

Much of Collection can be reproduced with the permission of RBGE with the exception of RJF/3 - the material on loan from the Lakeland Horticultural Society - written permission must be acquired from the LHS for this.