Box 3: 1914-1916; includes letter from William Purdom outlining plans for 1914 China Expedition; correspondence from 1914-15 China expedition; some letters to and from Isaac Bayley Balfour, 1915; correspondence to parents from Japan, [1916?]; various maps of Kansu, China; Farrer's writings about Kansu - published reprints and manuscripts, 1916-18; Farrer's writings about Kansu - not known if published; newspaper cuttings including articles written about the 'White Wolf' of Kansu, c.1914, some written by Farrer; invoices from Kansu expedition; list of slides relating to Kansu expedition compiled in 1985; transcriptions of two photograph albums relating to Kansu expedition [RJF/2/2/3-4]; miscellaneous ephemera. 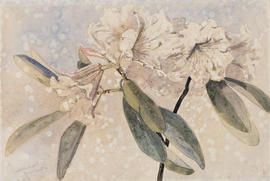