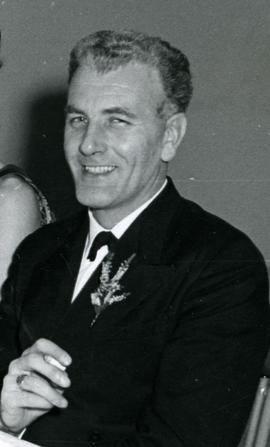 Ross Eudall was born in London on the 29th December 1924, an only child. Ross’s father was a butler, which led to Ross spending time in Kilmarnock, Inverness and Edinburgh as he grew up, eventually attending Broughton High School in Edinburgh. He became interested in photography when he was 14, and converted one of the small rooms in the family home in the Stockbridge Colonies into a dark room.

Ross enlisted with the Royal Air Force towards the end of World War II. He trained as an Aerial Observer, which probably involved photography and took him to South Africa, but the War ended and he saw no active service.

On demobilisation Ross returned to Edinburgh, where he found a job working in a wireless shop called the Radio Hospital in Stockbridge. From a young age he was very technically minded - he loved cameras and, when they came along, computers. He was among the first of his peers to get one of the early Amstrad computers.

When Ross heard that the photographer from the Botanics was about to retire he successfully applied for the role, starting in 1948. For the next 40 years, Ross would play a significant role at the Garden. The man he replaced was the photographer Robert Moyes Adam, who himself had worked at RBGE for over 40 years, but was better known as a photographer of Scottish landscapes. Adam worked only in black and white, using a heavy camera and glass plate negatives. Their tenures overlapped for a year, during which time Ross had hoped to learn from the vastly more experienced Adam. These hopes were quickly dashed, however, as Ross was refused entry to Adam’s darkroom, where he was printing his own negatives to sell during his retirement. When Ross asked if he could buy a print the reply was “they are far beyond your means, laddie”.

Ross was determined to modernise photography at RBGE and used 35-millimetre Leica cameras and colour film. Over the years he built up a huge collection of colour transparencies of plants in the garden. Ross also did much photography for staff publications, including Fletcher & Brown’s history of the RBGE, and the photographic work for the innovative Plant Exhibition Hall which opened in 1970. One his most important contributions was the design of the studio and darkroom in the new herbarium building opened by the Queen in 1964. This was in use for the next 40 years, under his successors Ken Grant and Sid Clarke.

Throughout his time at the Botanics, Ross led the way for modern photographic techniques, retiring just before the new digital revolution. His work can be found in the photographic slide collection at RBGE.

For many years Ross lived with Alan Russell, who worked as a window dresser at Jenners and as an antique dealer. After Alan’s premature death Ross continued to live in their flat at Comely Bank Grove until shortly before his own death, which took place on the 2nd October 2021 at Ellen’s Glen, Liberton, after a short spell in hospital.

Biography by Leonie Paterson and Henry Noltie using the eulogy compiled by Annalese McDermott of the Humanist Society Scotland after talking to Ross’s friends and family, including Henry Noltie, RBGE and Eric Robinson. 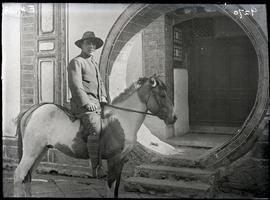 Born in Falkirk in 1873, George Forrest became one of Scotland's most prolific plant collectors, conducting seven expeditions in Yunnan province, S.W. China between 1904 and his death there in 1932. 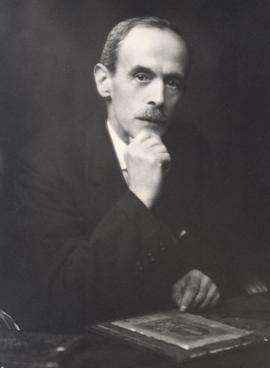 born Kent 1867, died Godalming 1954
began training at Heronden Hall and other gardens before going to Cambridge Botanic Garden. He then proceeded to Kew in 1891 where he became subforeman in charge of the Fern Department. In 1893 he moved to RBG Edinburgh to become foreman of the Glass Department, eventally becoming Assistant Head Gardener and then Curator. In 1931 he became Director of the Royal Horticultural Society's Gardens at Wisley.