•List of seeds and plants imported from America in 1760 and sold by Mrs Drummond, Seed Merchant, Lawnmarket, Edinburgh
•List of fruit required for Mortonhall, 1722 and an abstract from J.W. Hely-Hutchison’s letter regarding the list.

•Photocopy of a letter to Mr Watson, dated 16th January 1878

Treatise on Botany by Wm. Brand

M/S Outline of General Treatise on Botany proposed by Wm. Brand for the Botanic Society's adoption and which he suggests that the Society should invite its members to write a series of distinct but connected Essays with a view to publication under the Society's direction and auspices. 11 January 1839

•A revised copy of ‘The Scottish Naturalist: Revision of the Uredineae and of the Ustilagineae of Scotland’ (1899) submitted to the Scottish Cryptogamic Society,
• Some correspondence and information regarding a proposed memorial for him.

•Collecting book with list of plants and 6 photographs of pencil sketches by Thurn made during first ascent of Roraima - December 14th, 1884,

7 letters from Thomas McNab to his family, including his father, William McNab plus 2 photocopies of Jane McNab Petry, Thomas's daughter, and family gravestone.

Small card guide produced by Charles Gane of Charles Gane & Co., Timber, Lath and Slate Merchants, Wisbeach, outlining how to calculate the cost of lengths of timber, published by William Rider and Son, at the Office of the Timber Trades Journal, 14 Bartholomew Close, London. There is an accompanying notebook, blank, but with columns for No., Length, Girth, Contents and Cost. 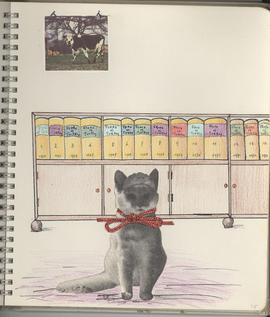