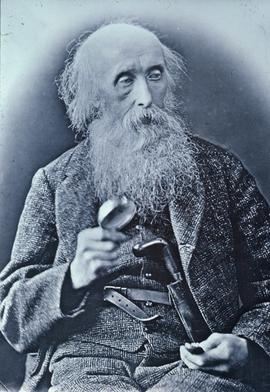 Born Fife 1630; died Edinburgh 1694
Brought up at the family seat, Balfour Castle in Fife, Andrew Balfour studied philosophy at St Andrews University graduating MA in about 1650. He spent several years in Paris studying medicine eventually graduating MD at Caen in 1661. Returning to London and having been presented to Charles II he acquired a position as a tutor to the earl of Rochester, accompanying him on a grand tour from 1661 to 1664. During his 15 years abroad Balfour acquired an extensive library of medical and natural history books, together with collections of antiquities, pictures, arms, instruments, plants, animals and fossils. In 1667 he returned to St Andrews, practising as a physician, before moving to Edinburgh to build up a medical practice there; it is claimed that he was the first doctor in Scotland to dissect the human body. In 1670, with his distant cousin and friend Robert Sibbald, he leased land for a small garden at St Anne’s Yards, Holyroodhouse, and later petitioned the town council for a larger plot adjacent to Trinity Hospital, in which were planted 2,000 non-indigenous species. He played a prominent role in Edinburgh’s learned society and opened his private museum collections, gallery and library to scholars. He was knighted in 1682 for his contribution to science and society and was active in establishing professorial chairs and in founding the Royal College of Physicians in Edinburgh, becoming president in 1685. He improved the infirmary and arranged publication of the first ‘Edinburgh Pharmacopoeia’ (1685) to which he contributed parts on materia medica. After his sudden death in the street in 1694 most of his collections were broken up and his library sold.
Sources: DNB; Fletcher and Brown ‘The Royal Botanic Garden Edinburgh 1670-1970’; Deni Bown, ‘4 Gardens in One’; (R. Desmond ‘Dictionary of British and Irish Botanists and Horticulturalists)
D.W. 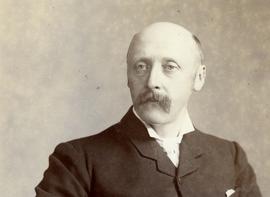 Son of John Hutton Balfour, Isaac Bayley Balfour was Regius Keeper at the Royal Botanic Garden Edinburgh between 1888 and 1922, specialising in Rhododendrons and Primulas and making improvements to the RBGE's teaching and laboratory facilities.

Born Essex 1892; died Yorkshire 1984
Edward Balls was involved in Quaker relief work in Europe and Russia during World War I and began work in a Stevenage nursery in 1926 where he studied alpines and designed and planted a number of rock gardens, including an open air reptillary at Regents Park Zoo. During the 1930s he became a professional plant hunter, going on expeditions to Persia, Turkey, Morocco, Greece and Mexico and his collections of herbarium specimens were sent to Kew, Edinburgh and gardens abroad. His accounts of his often dangerous journeys appeared in the Gardeners Chronicle and he wrote in many other journals. The Imperial Agricultural Bureau sent him to South America in 1939 to collect plants including wild and cultivated potatoes. Balls discovered new species including Verbascum ballsii and Verbena ballsii. He was horticulturalist at the Rancho Santa Ana Botanical Garden from 1949 until his retirement in 1960, specialising the cultivation of native plants in desert and rock gardens, eventually returning to Britain in 1978.
Sources: R. Desmond ‘Dictionary of British and Irish Botanists and Horticulturalists’; Times obituary 9/11/84
D.W.